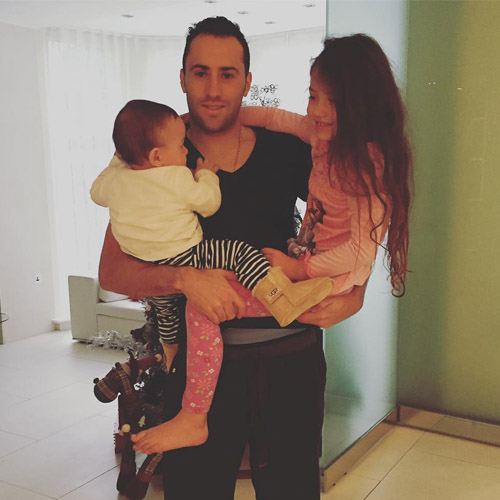 David Ospina was all smiles with his family as the Arsenal goalkeeper relaxed ahead of Saturday’s game against Sunderland at Emirates Stadium.

The Gunners shot stopper has found his first-team opportunities limited this season following the arrival of Chelsea Petr Cech in the summer.

The 33-year-old Czech Republic international has nudged Opsina down the pecking order following his £9m switch to Arsenal from the defending champions.

Ospina has controversially started Arsenal’s 3-2 loss to Olympiacos in the Champions League group-stage, much to the annoyance of many Gunners supporters.

But the Colombian still appears to have a safe pair of hands after he posed for a snap with his kids on Thursday.

Ospina reposted his wife’s photo on his Instagram page after her initial caption read: “It is both !! Papa

The Colombia goalkeeper has made 26 appearances in all competitions over a two-year spell following his move from Ligue 1 side Nice in the summer of 2014.