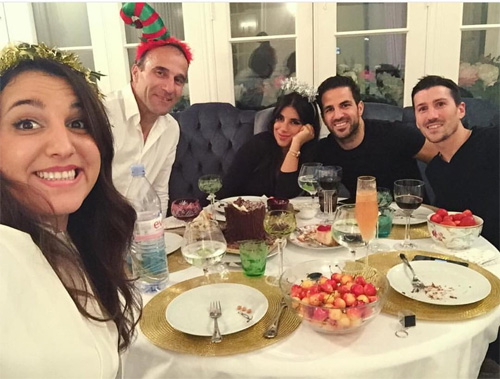 Cesc Fabregas was all smiles with his family over Christmas Eve dinner ahead of Chelsea’s clash against Watford on Boxing Day.

The Spain international will be hoping to keep his starting spot in Guus Hiddink’s Chelsea side for the visit of their London rivals after Fabregas started for the first time in three games last weekend.

And the 28-year-old playmaker was in good spirits with his wife Daniella and sister Carlota as the Fabregas family enjoyed some Christmas grub on Wednesday night.

Fabregas wrotre on his Instagram page: “Merry xmas everyone! 💝🙏”

The former Barcleona playmaker has made two assists in 17 Premier League games for the west London side so far this season.