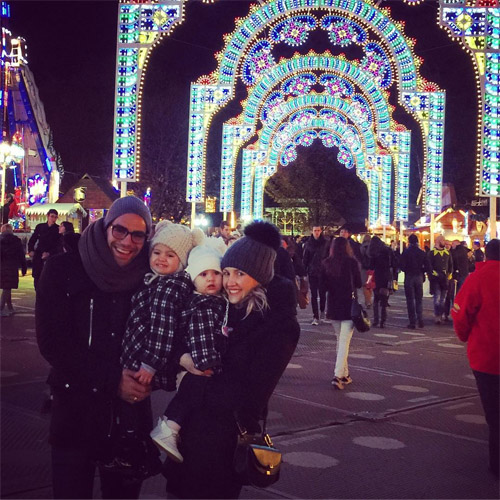 Radamel Falcao has been embracing his first Christmas in London.

The Chelsea striker has endured a miserable Premier League campaign since the Colombia international joined the defending champions on a season-long loan from Monaco in the summer.

Falcao is currently sidelined with a muscular injury and the 29-year-old is set to miss Saturday’s game against Eddie Howe’s Bournemouth side at Stamford Bridge in the day’s late kick-off.

The former Manchester United striker made the most of his free time as he joined his wife Lorelei Taron and his two kids at Christmas Wonderland at Hyde Park on Friday evening.

Falcao has scored an unremarkable one Premier League goal in nine appearances in the English top-flight for the west London club this season.

The South American disappointed during a season-long loan at Manchester United last term after he netted a disappointing four goals in 26 games.