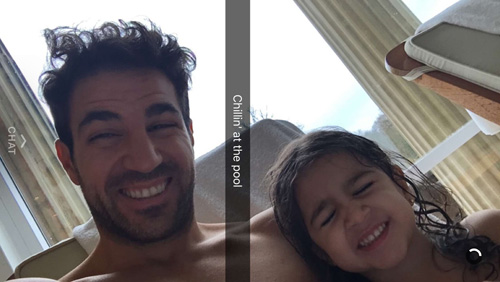 Cesc Fabregas tucked into a hearty breakfast before the Chelsea midfielder hit the swimming pool with his daughter on Monday afternoon.

The Spain international returned to the Chelsea starting line-up on Saturday afternoon as the defending Premier League champions eased to a 3-1 win against Sunderland at Stamford Bridge.

Goals from Branislav Ivanovic, Pedro Rodriguez and Oscar put Chelsea into a commanding lead before Sunderland striker Fabio Borini netted a late consolation for the visitors.

And the Blues midfielder made the most of an apparent free afternoon with his daughter Lia ahead of their clash against Watford on Boxing Day. 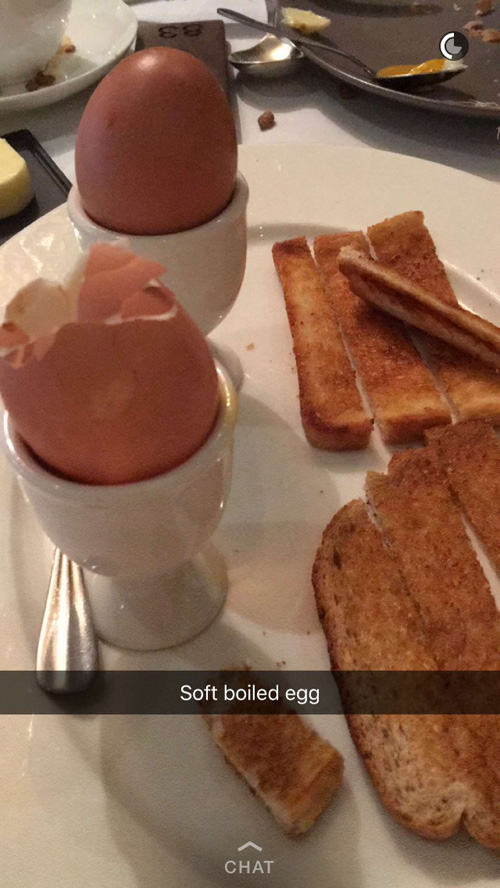 The 28-year-old Spanish playmaker has made two assists in 17 Premier League games for the west London side so far this season.

Pedro: Why Cesc Fabregas will win over Chelsea supporters