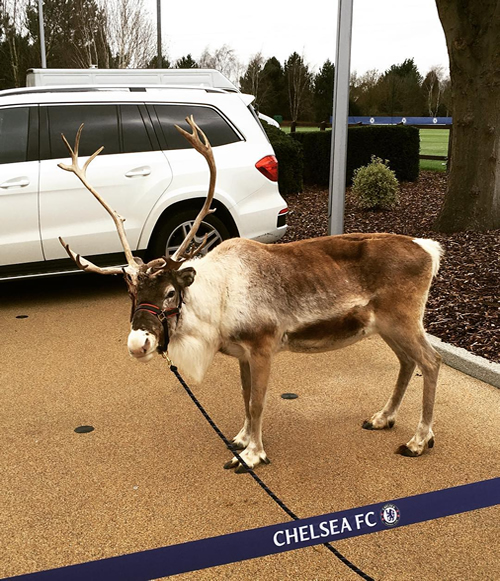 The Chelsea defender arrived at the west London club’s Cobham training base only to discover a reindeer occupying his parking space.

Now we’ve heard that Jose Mourinho may be on the lookout for some new players in the forthcoming January transfer window, but this winter signing would be pretty controversial.

Azpilicueta shared the photo above on his personal Instagram account and wrote: “My place in the car park was busy today! #christmasiscoming

The 26-year-old Spaniard played the full 90 minutes as Chelsea played out a goalless draw with Tottenham Hotspur at White Hart Lane on Sunday afternoon.

The result left the Blues in 14th place in the Premier League table and 14 points behind leaders Manchester City heading into Saturday’s game with Bournemouth at Stamford Bridge.

Azpilicueta has featured in all 14 of Chelsea’s Premier League games so far this season.