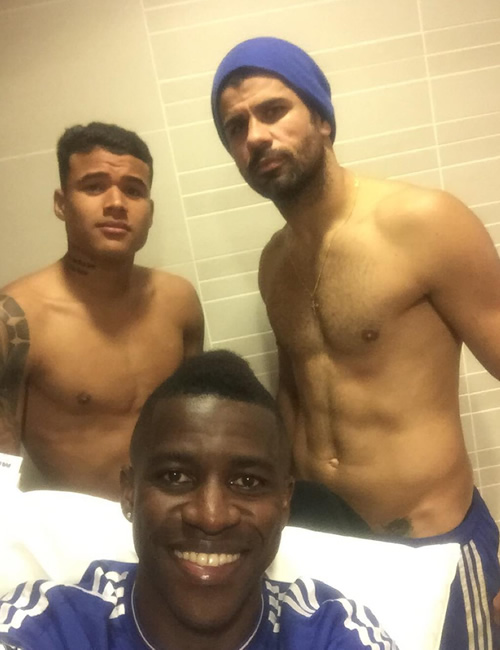 Ramires was all smiles with Diego Costa and Kenedy after helping Chelsea book their place in the last 16 of the Champions League with a 2-0 win over Porto on Wednesday night.

Costa’s low shot was saved by Porto goalkeeper Iker Casillas and rebounded in off Ivan Marcano in the 12th minute in west London to put the Blues in control.

And Willian then secured Chelsea’s progress as group winners by smashing home from 20 yards seven minutes after half-time.

The 28-year-old Ramires played the full 90 minutes as he made his return from a muscular injury at Stamford Bridge.