Photo: Coutinho and Firmino all smiles in squad selfie ahead of Liverpool v Leicester 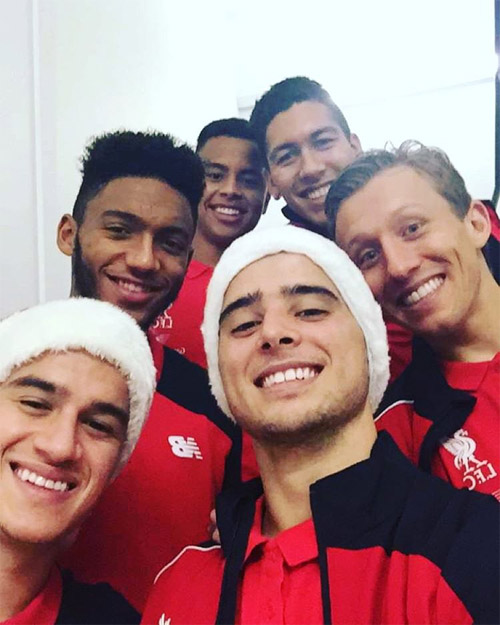 Philippe Coutinho and Roberto Firmino were all smiles in Joao Teixeira’s selfie ahead of Liverpool’s game against Leicester City on Boxing Day.

The Brazilian duo were unable to inspire the Reds to victory over Watford as the Hornets were emphatic 3-0 winners against Jurgen Klopp’s side.

Coutinho returned to the Liverpool side after a spell on the sidelines for the clash at Watford.

The former Inter Milan midfielder has scored five goals and has made three assists in 16 Premier League appearances so far this season.

Firmino has netted once and created two goals for team-mates since the playmaker’s £29m move to Liverpool from Hoffenheim.