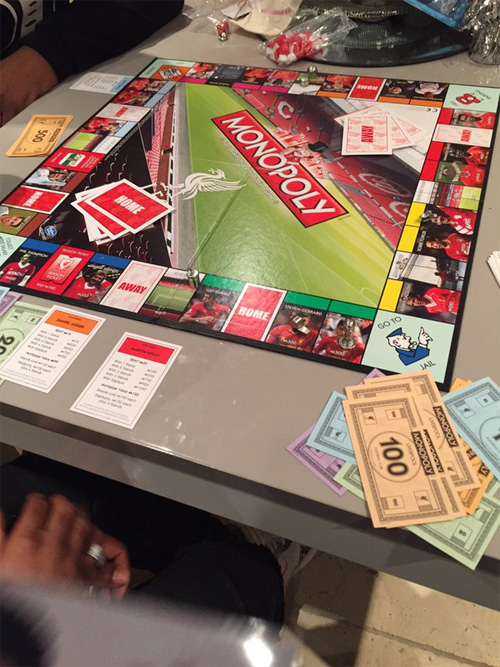 Jurgen Klopp may be unlikely to spend any money in January, but Daniel Sturridge didn’t hesitate to splash the cash during a game of Monopoly on Monday night.

However, it was Monopoly with a difference as the striker played the Liverpool version of the popular board game ahead of Wednesday night’s trip to relegation-threatened Sunderland.

Sturridge has been passed fit by the player himself and manager Klopp after he trained with his team-mates ahead of their 1-0 victory over second-placed Leicester City on Boxing Day.

And the 26-year-old rested up before the trip to the Stadium of Light with a game of Monopoly, and the England man was unafraid to flash his cash in a post on Twitter.

Who wants it…. This lot claim they're on it. Family love right here. pic.twitter.com/79loDskgOR

The Reds striker completed a move to Liverpool from Chelsea in a £12m deal in January 2013.