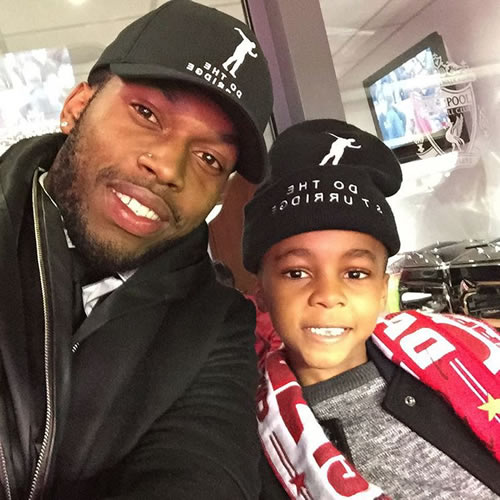 Daniel Sturridge looks to be keeping himself in good spirits as he watched Liverpool return to winning ways by beating high-flying Leicester City at Anfield on Boxing Day.

The England international is currently sidelined with a knee injury in the latest in a long line of setbacks for the striker.

Liverpool headed into Saturday’s game on the back of their disappointing 3-0 loss at Watford last weekend but recorded a valuable win over the Premier League leaders on Merseyside thanks to Christian Benteke’s second-half goal.

And Sturridge was all smiles as he posed for a snap at Anfield on Saturday afternoon as Liverpool ended the Foxes’ nine-match unbeaten run.

Sturridge shared the photo above on his personal Instagram account and wrote: “At the game… #redordead #ynwa”

With most other Premier League teams in action on Monday, Liverpool have the luxury of three days off before their trip to Sunderland on Wednesday night.