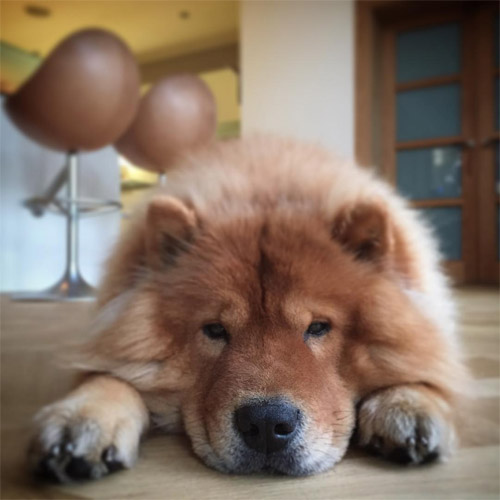 David De Gea won over the hearts of his Instagram followers with an adorable snap of his pet dog.

The Manchester United goalkeeper was unable to help the Red Devils avoid a 2-1 defeat by promoted side Norwich City at Old Trafford in the Premier League on Saturday afternoon.

De Gea was unusually poor in his attempt to stop Cameron Jerome’s opener for the Canaries as Louis van Gaal’s side extended their winless run to six games in all competitions.

However, the Spain international was relaxing with his adorable, cuddly pet dog, Maxto, on Wednesday evening ahead of their trip to Stoke City on Boxing Day.

Earlier on Thursday, Arsenal striker Alexis Sanchez posted a selfie with his gorgeous golden retrievers Atom and Humber on a winter walk in southern England.

Van Gaal’s United side trail second-placed Arsenal by seven points following
their 2-1 loss to the Canaries at Old Trafford.