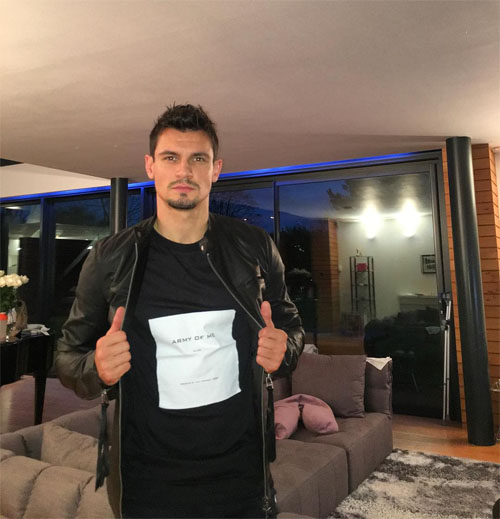 Dejan Lovren appears to be on the mend after the Liverpool defender gave his new stylish gear the thumbs up ahead Sunday’s trip to Watford.

The Croatia international required oxygen on the pitch before he was carried off on a stretcher after a clash with West Brom midfielder Craig Gardner during Sunday’s 2-2 draw at Anfield.

Speaking at his post-match media conference following the stalemate on Merseyside, Liverpool manager Jurgen Klopp was unable to shed light on the severity of the injury.

However, a scan has since revealed that Lovren hasn’t suffered knee ligament damage, although a gash on his leg did require five stitches, and he should make a speedy recovery.

And Lovren, who moved to Liverpool from Southampton in a £25m deal in 2014, appeared in good spirits as he posed for a photo at his home as the defender looks to return to first-team training next week.

Lovren wrote on his Instagram page: “Thanks for the nice gifts @dressnocode #leatherjacket 👌”

Lovren won’t play a part in Liverpool’s clash against Watford at Vicarage Road on Sunday afternoon.