Photo: Emre Can all smiles with his dad ahead of Liverpool v West Brom 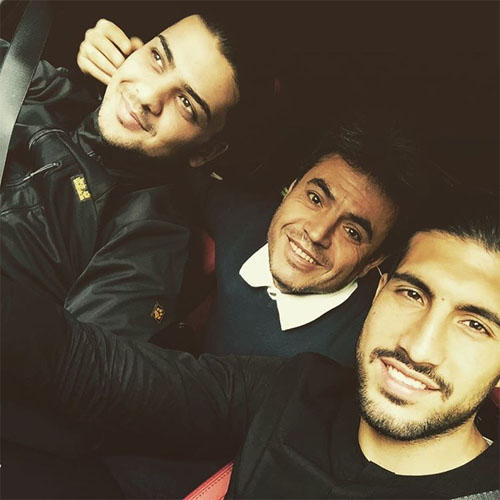 Emre Can was all smiles with his dad and a close friend ahead of Liverpool’s clash against West Bromwich Albion on Sunday afternoon.

The Germany international has been in impressive form for the Reds since Jurgen Klopp took over the reins at Anfield from Brendan Rodgers in October.

The 21-year-old midfielder has established himself as a key part of Klopp’s Liverpool side in recent months, racking up 14 Premier League appearances.

So no wonder the former Bayer Leverkusen midfielder was in good spirits with his youthful-looking dad and pal on Friday afternoon.

Can posted the above selfie and wrote on his Instagram page: “#dad #ynwa #liverpool”

The German scored his only goal of the season in a 1-1 draw with Rubin Kazan in the Europa League in October.

The powerful midfielder has already racked up 22 appearances in all competitions for the Merseyside outfit this term.

Can moved to Anfield from Leverkusen in a £9.75m deal under Klopp’s predecessor Brendan Rodgers in the summer of 2014.