Photo: Emre Can all smiles with pal after Liverpool lose to Newcastle 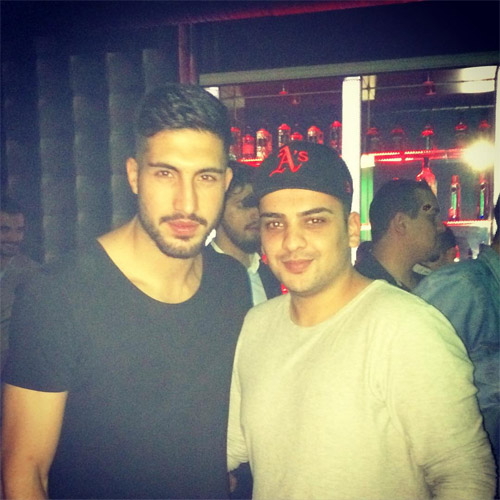 Liverpool star Emre Can and his pal Photo: Emre Can/Instagram

Emre Can was certainly missed on Sunday afternoon.

Liverpool suffered a surprise 2-0 loss to Newcastle as Joe Allen started in midfield in the absence of the suspended Germany international after he picked up his fifth booking of the season in the League Cup mid-week.

Can has been in impressive form for the Merseyside outfit in recent weeks since his compatriot Jurgen Klopp took over the reins at Anfield from predecessor Brendan Rodgers.

And the 21-year-old was seemingly granted permission to return to his native Germany to catch up with a pal over the weekend ahead of Liverpool’s clash against Sion in the Europa League on Thursday night.

Can has made 14 Premier League appearances for Liverpool this season, underling his growing importance to the Reds side.

The former Bayer Leverkusen midfielder made a key contribution in their 6-1 win at Southampton mid-week, setting up Daniel Sturridge for the striker’s second goal with a brilliant pass.