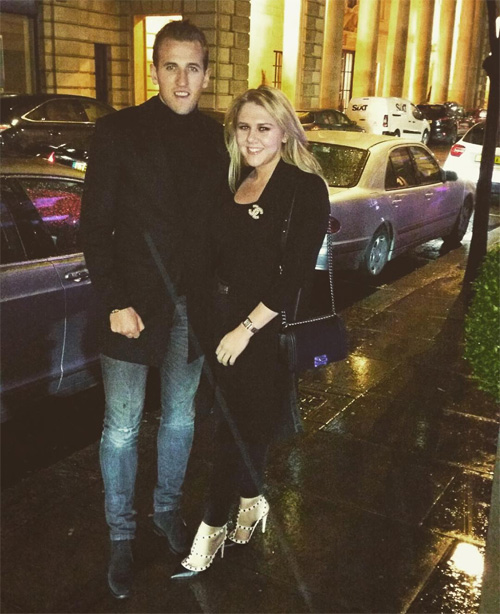 The England striker will be preparing for their clash at Goodison Park on Friday ahead of Tottenham’s Premier League game.

Kane has been in good form for the north London side in recent weeks and he teed up Erik Lamela for the opener in Tottenham’s 2-1 victory over 10-man Watford on Monday afternoon.

The 22-year-old striker joined his long-term girlfriend Kate for a small New Year’s celebration on Wednesday night before knuckling down to prepare for their Everton clash.

The reported Manchester United target has netted 13 times in 25 appearances in all competitions ahead of their trip to Everton on Sunday afternoon.

Kane has started all 19 of Tottenham’s Premier League games so far this season, and the 22-year-old has also made six appearances in cup competitions.