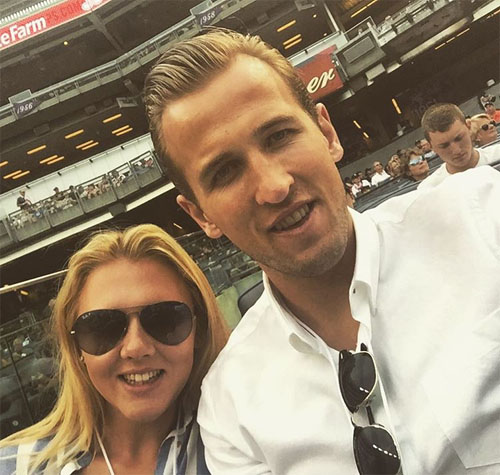 Harry Kane may be preparing for a hectic festive period, but the Tottenham Hotspur striker was dreaming of New York on Thursday afternoon.

The Spurs striker was unable to prevent the north London side from suffering their first Premier League defeat since August on Sunday after Newcastle United came from behind to win 2-1 at White Hart Lane.

Kane has been in outstanding form in recent months after a slow start to the season, scoring eight goals in 16 Premier League appearances for Mauricio Pochettino’s side.

However, the reported Manchester United target is dreaming of the Big Apple after the Tottenham talisman posted a snap with his girlfriend Katie Goodland at a New York Yankees game.

Kane posted the above selfie and wrote on his Instagram page: “#tbt Me and @kategoodersxx at the New York Yankees game!👌

The England striker has scored six times in his last eight games in all competitions.

Tottenham will bid to return to winning ways when they travel to Southampton next Saturday.