Photo: Harry Kane joins Tottenham team-mate for round of golf 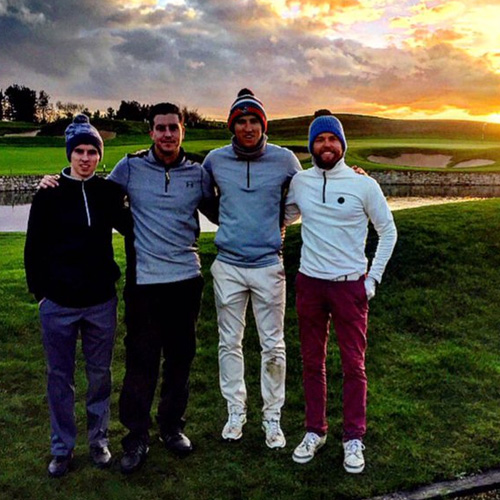 Harry Kane made the most of a rare free afternoon as the Tottenham Hotspur striker joined team-mate Tom Carroll and some friends for a round of golf on Tuesday.

The England striker failed to add to his 11 Premier League goals so far this season at Vicarage Road as Spurs eased to a 2-1 victory over 10-man Watford on Monday evening.

Carroll started the London derby but the England Under-21 international failed to add to his first Premier League goal that he scored in a 3-0 victory over Norwich City on Boxing Day.

The Spurs striker posted a snap with his 23-year-old team-mate in a sun-drenched golf course ahead of Tottenham’s trip to Everton at Goodison Park on Saturday afternoon.

The reported Manchester United target has netted 13 times in 25 appearances in all competitions ahead of their trip to Everton on Sunday afternoon.

Kane has started all 19 of Tottenham’s Premier League games so far this season, and the 22-year-old has also made six appearances in cup competitions.