Photo: Harry Kane puts his feet up ahead of Tottenham v Newcastle 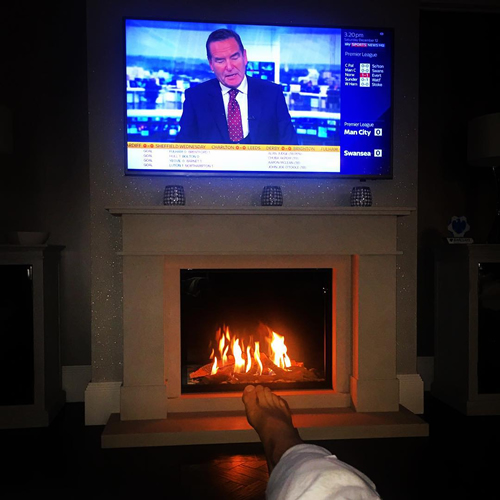 Harry Kane made sure that his batteries were fully recharged as he and his Tottenham team-mates prepare for Sunday’s Premier League showdown with Newcastle at White Hart Lane.

The England international was rested for Thursday night’s Europa League win over Monaco in north London but will be expecting to start when the Lilywhites take on the Magpies in front of Spurs’ home fans.

The north London club are looking to return to winning ways in the top flight after they were held to a 1-1 draw by West Bromwich Albion at The Hawthorns last weekend.

And Kane looked to be completely relaxed as he tuned into Sky Sports News and put his feet up in front of a cozy fire.

Kane shared the picture above on his personal Instagram account on Saturday afternoon and wrote: “Chilled Saturday’s 🔥⚽️ #premierleague”

The PFA young player of the year has been in fine form for the Lilywhites this season, scoring eight goals in 15 Premier League games for Mauricio Pochettino’s men.