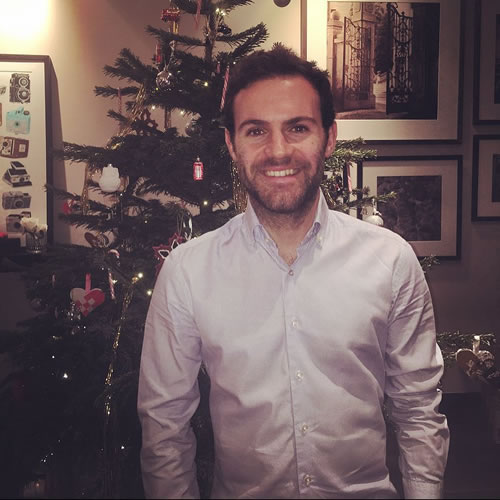 Juan Mata was feeling festive on Thursday night as he took to social media to share a picture of himself beaming in front of his Christmas tree.

Mata and his Manchester United team-mates have had to endure a torrid few weeks on the pitch as their Champions League elimination at the hands of Wolfsburg was followed up by back-to-back Premier League defeats by Bournemouth and Norwich City.

However, the Spanish playmaker looked to be in high spirits on Christmas Eve, as he posed for a picture at home.

Mata posted the photo above on his personal Instagram account and wrote: “Merry Christmas!! Feliz Navidad a [email protected]!!”

Mata and his United team-mates are now gearing up for their Premier League clash with Stoke City at the Britannia Stadium on Boxing Day as Louis van Gaal’s men look to return to winning ways in the top flight.

The Red Devils then host Chelsea at Old Trafford on Monday 28 December.