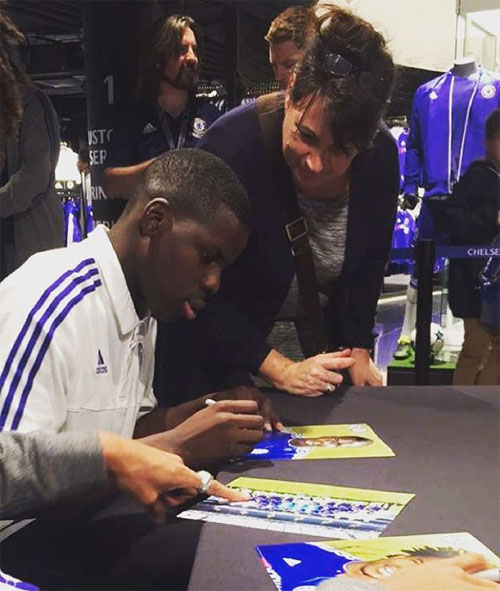 Kurt Zouma was happy to meet Chelsea supporters at the club’s mega store ahead of the visit of Sunderland at Stamford Bridge on Saturday afternoon.

The France defender was unable to help the west London side avoid a shocking 2-1 defeat by surprise Premier League leaders Leicester City at King Power Stadium on Monday night.

Twenty-one-year-old Zouma has been a mainstay of Jose Mourinho’s starting line-up this season after John Terry’s alarming slump in form for the defending champions.

Although Chelsea have turned out a number of embarrassing performances in the Premier League this season, Zouma was still happy to meet Blues supporters on Wednesday evening.

Zouma posted the above snap and wrote on his Instagram page: “Great to meet everyone at the Chelsea Megastore today. Thanks for coming!”

Chelsea are a point above the relegation zone after a 2-1 loss to the Foxes on Monday night.

The Blues host Sam Allardyce’s Sunderland side at Stamford Bridge this Saturday afternoon.