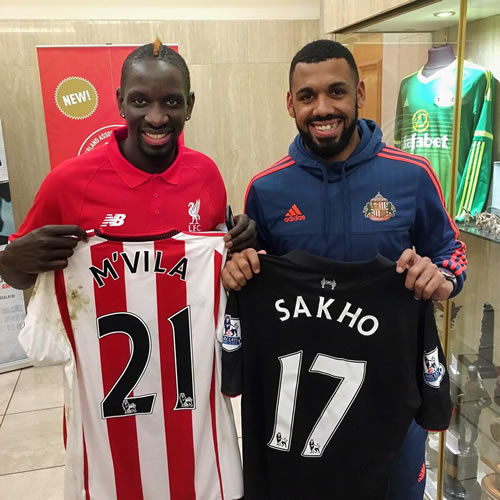 Mamadou Sakho was all smiles as he swapped shirts with Yann M’Vila after Liverpool’s 1-0 victory over Sunderland at the Stadium of Light on Wednesday night.

Jurgen Klopp’s men secured the win thanks to Christian Benteke’s cool finish shortly after half-time to lift the Reds up to seventh place in the Premier League table heading into the new year.

And Reds defender Sakho was clearly happy to catch up with an old friend as he snapped the picture above with M’Vila after the game.

The 25-year-old Liverpool defender has made 10 Premier League appearances for the Reds so far this season and has also featured four times in the Europa League.

He played the full 90 minutes at the Stadium of Light on Wednesday.