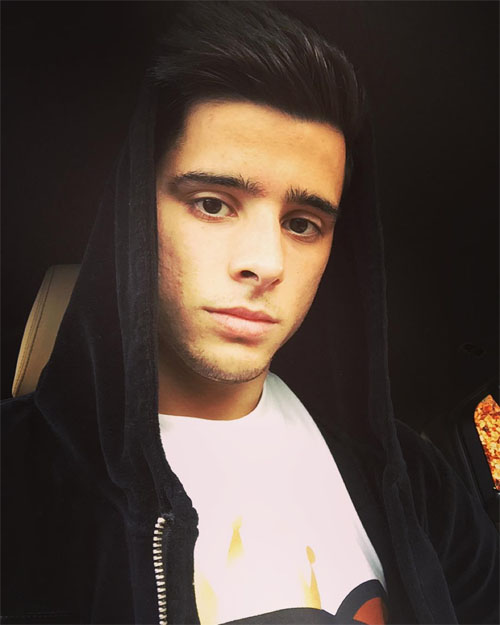 Joao Teixeira snapped a serious-looking selfie ahead of Liverpool’s clash against West Brom at Anfield on Sunday afternoon.

The Portuguese midfielder is vying for a first-team place under Jurgen Klopp ahead of the visit of the Baggies in the Premier League.

The Liverpool playmaker has made just one appearance in the League Cup in a 1-0 win against Bournemouth under the German head coach in October.

And Teixeira, who recovered from a broken leg last season to return to the Liverpool squad, posted the above selfie on his Instagram page.

Teixeira wrote on the photo-sharing app: “👁🚗”

The 22-year-old youngster has only made two appearances in all competitions for the Merseyside outfit.

The Portugal Under-21 international spent last season on loan at Championship side Brighton and Hove Albion before his leg break.

Teixeira, who joined Liverpool from Sporting Lisbon in 2011, scored six times in 32 Championship games for the Seagulls last season.

Harry Redknapp predicts where Tottenham will finish this season