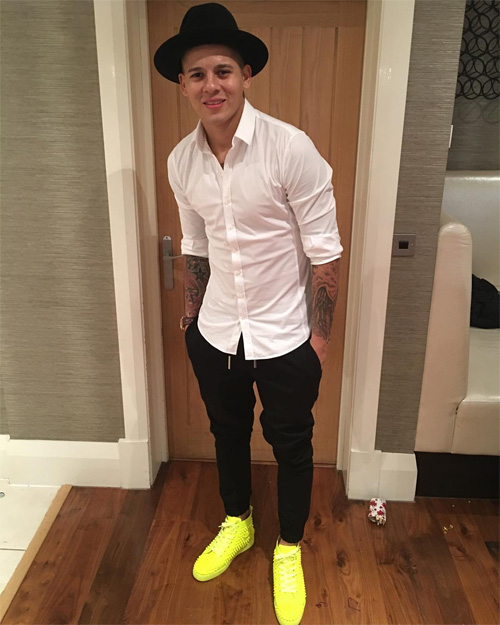 Marcos Rojo celebrated Christmas with his gorgeous wife as the Manchester United defender looks to keep his mind off his injury problems.

The Argentina international has been ruled out of action for a number of weeks after the centre-half was forced to have surgery on a shoulder problem following the injury suffered in training earlier this month.

Rojo, who moved to the Red Devils from Sporting Lisbon in a £16m deal following the 2014 World Cup, has been limited to just six Premier League appearances for Louis van Gaal’s side so far this season.

And the 25-year-old United star appeared to be in good spirits as he celebrated Christmas with his wife Eugenia Lusardo ahead of the Red Devils’s Boxing Day clash against Stoke City at The Britannia.

Rojo wrote on his Instagram page: “thank you Santa Claus”

Rojo missed United’s surprise 2-1 loss to Norwich City at Old Trafford in the Premier League on Saturday as their miserable run of form continued.

Van Gaal’s were dumped out of the Champions League earlier this month, before being beaten by Bournemouth in their next game following their European exit.