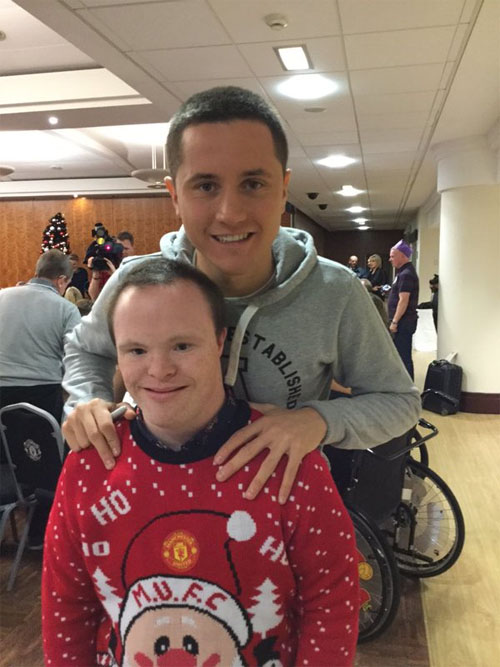 Ander Herrera was all smiles with a Manchester United supporter as he mingled with fans on Monday.

The Red Devils midfielder is currently sidelined with a hamstring injury, which Herrera suffered during 2-1 victory over Watford in November.

However, the 26-year-old former Athletic Bilbao midfielder looked in good spirits as he joined United supporter Darragh McEvoy for a snap, which the Red Devils fan posted on his Twitter account.

McEvoy also managed to get a snap with injured England and United left-back Shaw during the Manchester United Disabled Supporters’s Association’s Christmas lunch.

Shaw had made one assist in five Premier League games this season before the United defender suffered a broken leg during a 2-1 loss to PSV Eindhoven in the Champions League group-stage.