Matteo Darmian says he is honoured to be named Italy’s right-back of the year.

The Manchester United defender received the accolade during an awards ceremony in Italy on Monday night after another disappointing result for the Red Devils in the Premier League on Saturday.

However, Darmian missed United’s 2-1 defeat by promoted side Bournemouth at Vitality Stadium in the day’s late kick-off after he picked up a hamstring problem in the Champions League last week.

And the Italy international appeared in high spirits as he collected his award on Monday night to cap a memorable year for Darmian after his £12.5m move to Old Trafford from Torino in the summer.

Darmian wrote on his Instagram page: “Honoured to have received this award and thanks to all my colleagues who voted for me # TOP11 assocalciatori”

Earlier, Darmian’s girlfriend Francina posted on her Instagram page of Italy’s right-back of the year. 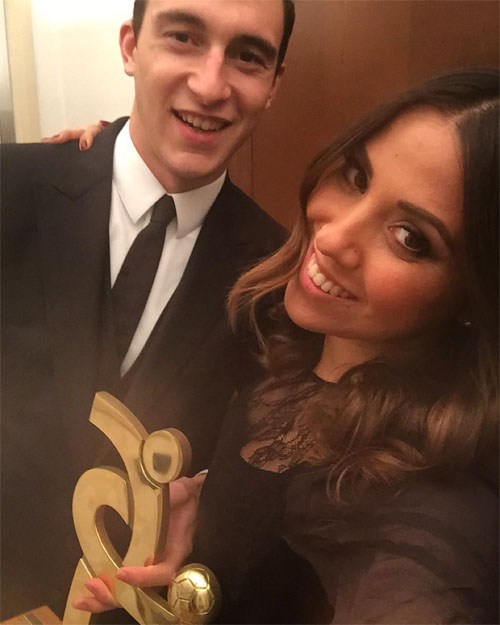 Darmian has made 13 Premier League appearances for the Red Devils following his £12.5m move from Serie A side Torino in the summer transfer window.

The Red Devils are in fourth place and six points behind surprise leaders Leicester City ahead of the visit of Norwich City at Old Trafford.