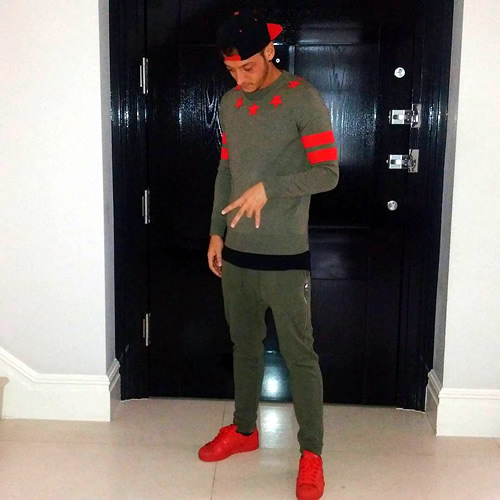 Mesut Ozil looked in good spirits after arriving back in the UK following a quick getaway to warmer climes this week.

Ozil shared some pictures of his holiday on his personal Instagram this week as he lounged about on a boat during a rare week off for Arsenal.

The Germany playmaker has been in fine form for the Gunners so far this term and notched up his 13th assist of the season during the 2-0 win over Aston Villa at Villa Park on Sunday afternoon.

And Ozil looked pleased to be back home as he posted the picture above on his Instagram account and wrote: “M #mira #family.”

Arsenal head into next week’s game in second place in the Premier League table and two points behind leaders Leicester City.