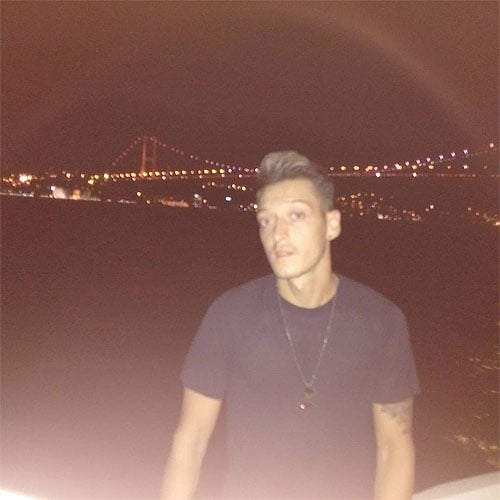 It’s that time of the year when you start to miss home, family and friends ahead of Christmas Day – and Mesut Ozil is no different.

While the 26-year-old is one of Germany’s greatest players after helping Die Mannschaft win the World Cup in 2014, Ozil is still in touch with his roots being third-generation Turkish.

The Gunners midfielder has been in impressive form in recent weeks after he helped Arsene Wenger’s side book their place in the Champions League knock-put stage on Wednesday night.

And Ozil is looking forward to returning to Turkish city Istanbul as the midfielder prepares to face Aston Villa at Villa Park in the Premier League on Sunday afternoon.

The Germany midfielder has scored two goals and has made 12 assists in 14 Premier League games this season.

Ozil moved to the north London side in a club-record £42.5m deal from Real Madrid in 2013.