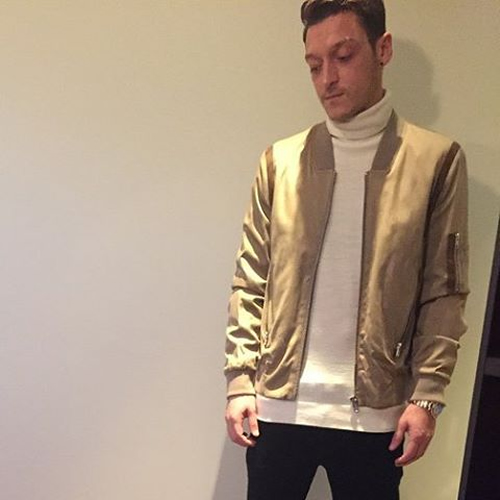 Mesut Ozil has taken to social media to snap a picture of himself as he enjoyed some downtime on Monday afternoon.

Ozil and his Arsenal team-mates are gearing up for their crunch Champions League clash with Olympiacos in Athens on Wednesday night as they look to secure a victory to book their place in the last 16 of Europe’s elite club competition.

The Germany playmaker has been one of the Premier League’s standout performers so far this season and notched up his 12th top-flight assist of the campaign during the 3-1 win over Sunderland at Emirates Stadium on Saturday afternoon.

And World Cup winner Ozil looked sharp as he posted the picture above on his personal Instagram account on Monday afternoon and wrote: “M1O #ozil”

The 27-year-old Ozil, who was voted Arsenal’s player of the month for November, has scored four goals and made 12 assists in all competitions for the Gunners so far this season.

Photos: Martial, Schweinsteiger all smiles as Man United train ahead of Wolfsburg clash