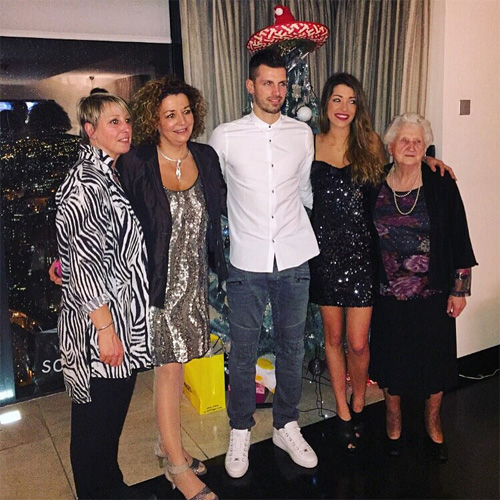 Morgan Schneiderlin relaxed with his family ahead of Manchester United’s clash against Chelsea at Old Trafford on Monday evening.

The France international was unable to help prevent the Red Devils from suffering a 2-0 loss to Stoke City at the Britannia Stadium on Boxing Day as the midfielder was omitted from Louis van Gaal’s starting line-up.

Schneiderlin has struggled to recapture his Southampton form for the 20-time English champions in recent months after the French midfielder initially impressed following his big-money summer move.

The 26-year-old looked to take his mind of United’s miserable run of form in the Premier League as Schneiderlin relaxed with his girlfriend and family ahead of Monday’s visit of Chelsea at Old Trafford.

The France star has made one assist in 12 Premier League appearances so far this season for United after his £25m move to the Red Devils from Southampton in the summer.

Jamie Carragher: Why N’Golo Kante has impressed me more than Arsenal signing