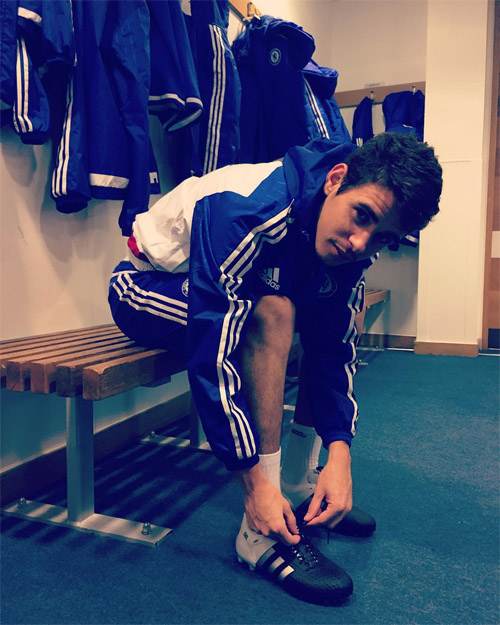 Oscar is happy with his new boots Photo: Oscar/Instagram

Oscar hailed the start of December as Chelsea look to improve their Premier League form over the festive period.

The defending champions have endured a miserable season so far after collecting 14 points from their opening 14 Premier League games, leaving Jose Mourinho’s side languishing in 14th place in the table.

However, the Blues have the chance to make up some ground on Premier League leaders Manchester City when Eddie Howe’s struggling Bournemouth side make the trip to Stamford Bridge in Saturday’s late kick-off.

And Oscar took to his Instagram to show off his new boots ahead of the Cherries clash.

The Brazilian wrote in his caption: “A new month starts with @chelseafc! I’ve got new #ACE15 colours for the challenge! #Primeknit #BeTheDifference”

Oscar has scored once in eight Premier League games for the defending champions this season.

Chelsea are in 14th place and 14 points behind leaders City ahead of their clash against Bournemouth.