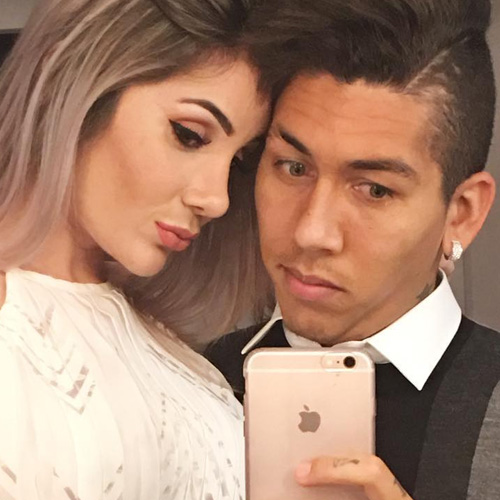 Roberto Firmino enjoyed his first Liverpool Christmas with his wife after moving to the Premier League in the summer.

The Brazil international has made an underwhelming start to his Reds career after Firmino became the club’s third most-expensive signing following a £29m move to Anfield from Bundesliga side Hoffenheim in the summer.

Firmino was particularly poor in Liverpool’s 3-0 defeat by Watford at Vicarage Road in the Premier League last weekend as the Reds extended their winless run to three top-flight games.

The South American looked relaxed as he made the most of some free time over Christmas during the Premier League’s hectic festive schedule ahead of Saturday’s clash against Leicester City.

Firmino’s wife wrote on her Instagram page: “If this is not love you came to me and invented an even more beautiful thing”

Firmino has scored one goal and has made two assists in 14 Premier League appearances so far in his first season in England.

The South American’s best performance came in a 4-1 victory over Manchester City at the Etihad Stadium in November.

Paul Merson predicts where Arsenal will finish this season