Photo: Roberto Firmino celebrates Christmas with his wife ahead of Liverpool v Leicester 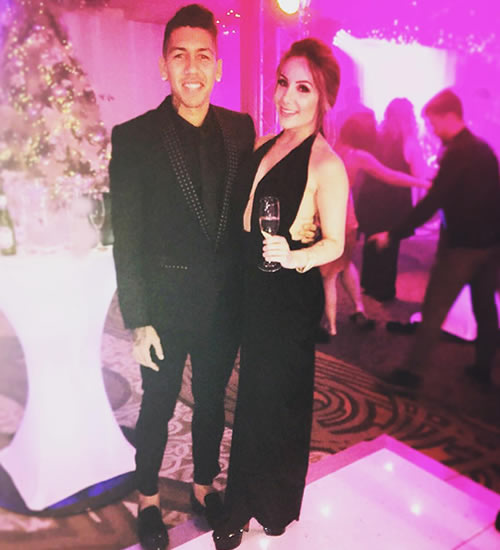 Roberto Firmino looked to have enjoyed his first Christmas in England as he and his Liverpool team-mates prepared for their Boxing Day clash with Leicester City at Anfield.

Jurgen Klopp’s men host the high-flying Foxes on Merseyside looking to return to winning ways after the disappointment of their 3-0 loss to Watford last weekend.

That defeat followed a 2-2 draw with West Brom and a 2-0 defeat by Newcastle, to leave the Reds five points behind fourth-placed Tottenham heading into the festive period.

And Firmino and his team-mates will be desperate to help Liverpool return to winning ways against the Premier League leaders on Saturday afternoon.

Firmino spent Christmas with his loved ones in England as Klopp’s men took part in a light training session on Friday.

And the Brazilian looked to be in good spirits, as he posed for a picture with his wife Larissa Pereira on Christmas Day.

Firmino posted the picture above on his personal Instagram account on Friday evening and wrote: “Merry Christmas.”