Photo: Toby Alderweireld relaxes with his dogs ahead of Watford v Tottenham 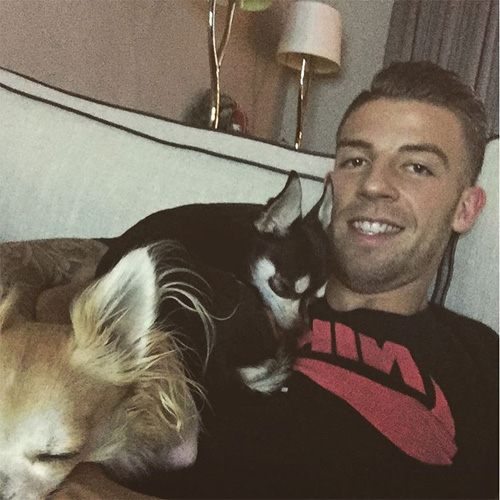 Toby Alderweireld relaxed with his dogs on Sunday as the Tottenham Hotspur recuperated ahead of Monday afternoon’s trip to Watford.

The Belgium international helped Spurs keep another clean sheet in their 3-0 victory over Norwich City on Boxing Day.

Alderweireld has been a key part of the Premier League’s best defence so far this season after conceding just 14 times in 18 top-flight games.

Alderweireld has scored two goals and has made one assist in 18 Premier League appearances so far this season for the north London side.

The Belgian centre-half joined Mauricio Pochettino’s side in the summer in an £11.5m deal from Atletico Madrid despite reported interest from Premier League rivals Southampton.

Tottenham are six points behind Premier League leaders Leicester City ahead of their game at Vicarage Road on Monday evening.