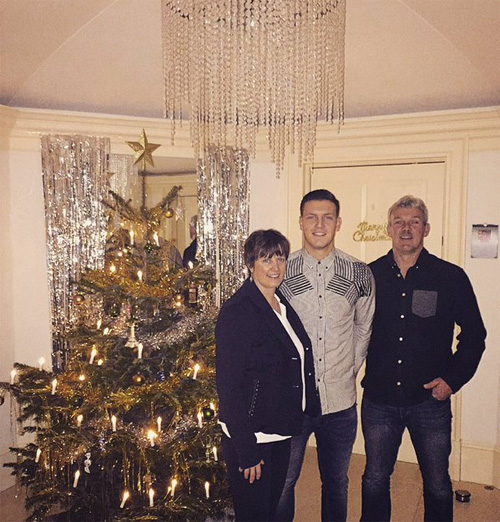 Kevin Wimmer hasn’t played much for Tottenham Hotspur this season, so the perfect Christmas present for the defender will be a first Premier League appearance against Norwich City on Boxing Day.

However, Wimmer, who joined the north London side from Bundesliga outfit Cologne in the summer transfer window, has made an appearance in the Europa League and League Cup for the north London outfit.

And Tottenham’s forgotten summer signing posted a snap with his family and their Christmas tree ahead of Saturday’s clash against Norwich at White Hart Lane.

Wimmer wrote on his Twitter page: “Merry Christmas to all of ya!!”

Wimmer made his first Tottenham appearance in their 2-1 loss to bitter rivals Arsenal in the League Cup third round in September.

The Austrian defender also featured in their 3-0 win against Qarabag in the Europa League earlier this season.