Photo: Willian wraps up ahead of Chelsea v Bournemouth 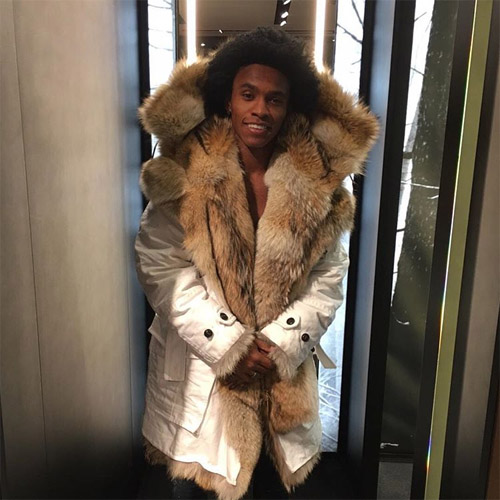 Willian channeled his inner East 17 after the Chelsea forward wrapped up in an extravagant winter coat to temper the London weather on Tuesday evening.

The Brazil international may be feeling the freeze away from the training ground, but the 27-year-old has been in red hot form for the defending Premier League champions on the pitch.

However, even Willian couldn’t conjure a little bit of magic to inspire Chelsea to victory on Sunday after a goalless draw with London rivals Tottenham Hotspur.

The Brazil international enjoyed some well-earned down time on Tuesday with Chelsea not in action against until the visit of Bournemouth on Saturday afternoon.

Willian posted the above snap and wrote: “Feeling a little bit cold ❄️🌨😂”

The South American has netted two goals and has made one assist in 13 Premier League appearances this season.

Willian has more impressive stats in the Champions League after scoring four times in five group-stage games for Jose Mourinho’s side.