Only two current Arsenal players have made the cut as substitutes...

Piers Morgan has picked his all-time Arsenal side on Twitter – but has only named two stars currently playing for the club.

The celebrity Arsenal fan and club shareholder has never been one to hold back his views on the Gunners on social media, and opted to name his favourite Gunners stars of all time on New Year’s Eve.

Morgan named the likes of Dennis Bergkamp and Thierry Henry among his favourite Arsenal players, as well as David Seaman, Robert Pires and Ray Parlour.

However, only Petr Cech and Mesut Ozil made his list – and even then, only as substitutes.

Arsenal are currently top of the Premier League table heading into Saturday’s clash with Newcastle United at The Emirates. 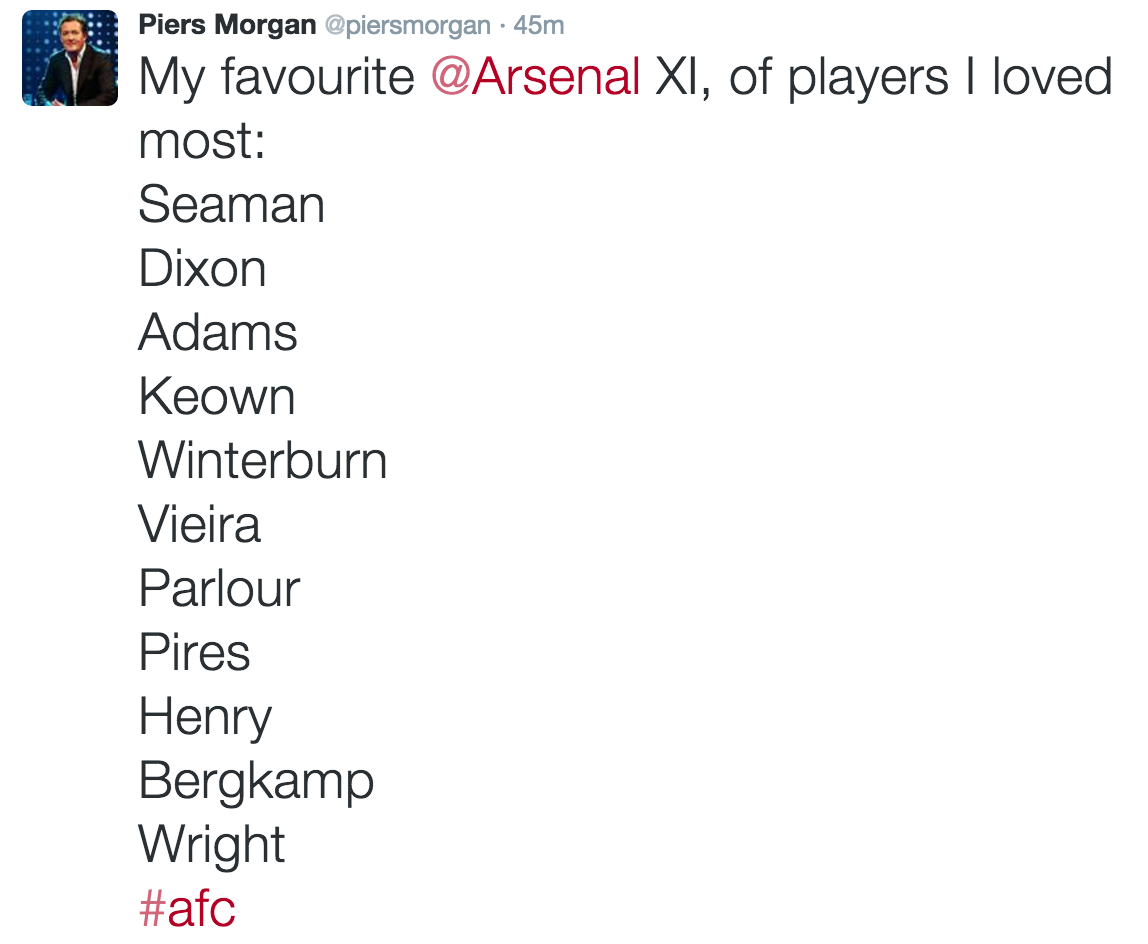 Ozil and Cech have both been in fine form for Arsenal this season to help their side lead the way at the top of the Premier League table on goal difference from Leicester City.