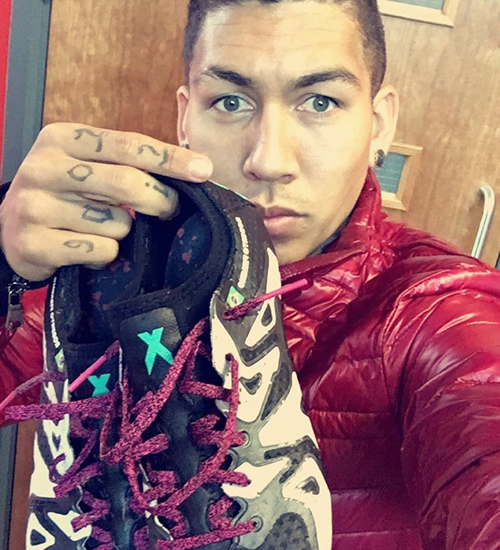 Roberto Firmino has taken to social media to show off his latest pair of football boots as he and his Liverpool team-mates prepare for their trip to Newcastle United in the Premier League on Sunday afternoon.

The Brazilian forward has been in good form for Jurgen Klopp’s men in recent weeks and will be expecting to feature when the Reds head to St James’ Park this weekend.

Firmino has scored one goal and made two assists in 11 Premier League games for the Merseyside outfit so far this season. He has also notched up one assist in three Europa League outings for Klopp’s side.

And the 24-year-old looks ready for action as Liverpool look to build on their victory over Swansea last weekend against the Magpies.

Firmino shared the picture above on his personal Instagram account on Friday afternoon and wrote: “#bethedifference #x15 @adidasfootball”