Steven Gerrard is hoping Liverpool can cap a good week for the Premier League in Europe, aside from Man United 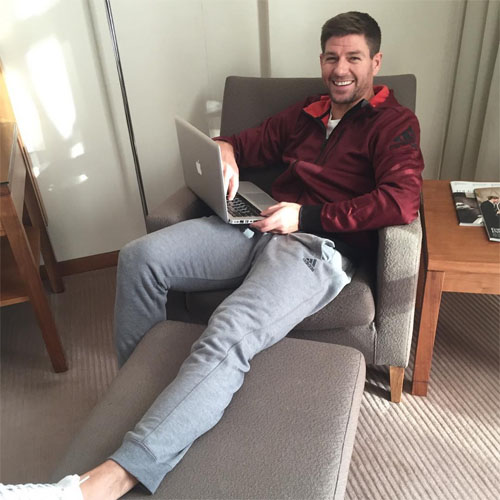 Steven Gerrard has urged Liverpool to polish off a decent week for Premier League clubs against Sion in the Europa League on Thursday night.

The Reds need a point to finish top of Group B after booking their place in the last 32 thanks to a 2-1 victory over Bordeaux at Anfield last month.

Liverpool will be looking to make amends for a surprise 2-0 loss to Newcastle United at St James’s in the Premier League on Sunday afternoon.

Arsenal, Chelsea and Manchester City progressed to the Champions League knockout stage earlier this week, whilst Manchester United were relegated to the Europa League.

And former Liverpool captain Gerrard, who was part of Rafael Benitiez’s Champions League-winning side in 2005, sent a message to the Reds on his Instagram page.

Good night for the English clubs in the champions league last night .. Let's hope the Reds can top the group later . Tune in @btsport #europaleague

• Sion earned a 1-1 draw at Liverpool on matchday two, in what was Brendan Rodgers’ final European game in charge of the Reds.

• Those meetings with Liverpool are Sion’s only previous matches against English opponents.

Retired England skipper Gerrard scored in Liverpool’s 5-4 victory over Alaves in the Uefa Cup final in Dortmund in 2001 under Gerard Houllier.

Who could Arsenal face in the last 16 of the Champions League?