Tie Break Tens: How to put together a successful tennis tournament 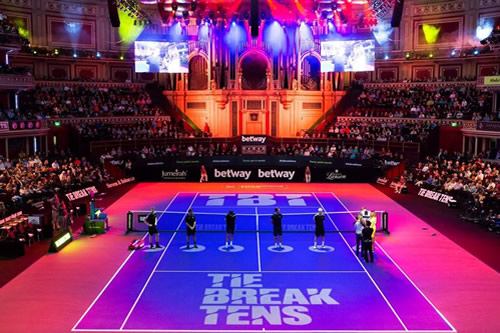 Back in August of this year, I was approached about the potential to launch a new tennis format.

As with so many sports, the focus was on a shorter, more entertainment packed format to appeal to a younger audience. With similarities to Twenty-20 Cricket and Sevens Rugby the event was intended to be fast-paced, where fans see the event from beginning to end and viewers know in advance who they are going to see playing.

Tie Break Tens is everything you love about tennis, but with every match staged over a first-to-ten point tie-break. It is fast-paced, fun, and super-competitive. The format is based around players playing one tie break to ten points.

The first Tie Break Tens event, staged at the Royal Albert Hall on 5 December, featured Andy Murray, Tim Henman, David Ferrer, Kyle Edmund, John McEnroe and Xavier Malisse. The event saw these stars of the game battling it out for a winner takes all prize of US$250,000. It was broadcast live on Sky Sports in the UK and across a number of other countries.

I was instantly attracted to the simplicity but also the long term appeal of the Tie Break Tens format. Would the top players be able to win over this ten point format or would it increase chances of an upset? Could a recently retired player compete with the current ATP stars? With only 10 points for a win every point counts! After my initial excitement about Tie Break Tens and the chance to work on this project, then came the realisation if the tournament were to be launched in December (i.e. four months away) this would take a Herculean effort to achieve. The opportunity then came up through IMG to showcase the concept at the iconic Royal Albert Hall – it was quite ‘late in the day’ and didn’t give us all that much time to plan, but we couldn’t resist the opportunity. Particularly as this would mean the event would fall just six days after Team GB had the potential to win the Davis Cup for the first time in almost 80 years.

So why put a lawyer in charge of a tennis tournament? There are many sports which have been strongly influenced by legally trained individuals and for good reason. Broadcast agreements, promoter agreements, liaising with players and agents, sporting regulations, commercial rights structuring, sponsorship agreements, event management and the various other myriad considerations would all need to be addressed before the players hit their first TBT ball at the Royal Albert Hall. I have been fortunate to work on structuring and launching sports previously including A1 Grand Prix, Shoreseeker Challenge (a global rowing series) and other sporting formats, however never against such tight timelines. 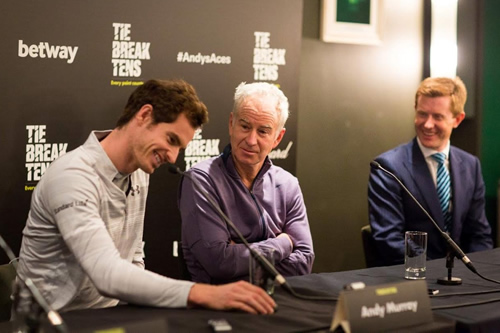 We were incredibly fortunate to be able to partner with IMG, the promoters of the Champions Tennis, who have extensive expertise and an impressive heritage in the tennis industry. Working with such experts relieved much of the pressure and allowed us to focus on securing broadcasters globally, players and sponsors to commercialise and showcase this new sporting format. As a lawyer by training, I also had IP and brand protection firmly in my contemplation. Having overseen the decision to brand this format as Tie Break Tens it was then necessary to ensure not only the brand was protected but also the manner in which this was integrated into the format to help enforce the prominence of the brand at the centre of the event. Crucially, being involved at such an early stage in the development of this brand allowed me to guide and protect the brand and format in a manner which maximises the brand’s value and also the potential for structured growth and protection moving forward.

Having spent four months planning the Tie Break Tens event, the three and a half hours of live TV went past in a blur. Press conferences, player injuries, format questions, AndysAces donations and TV interviews all formed part of a very busy and thoroughly satisfying evening. We always planned to view the event at the Royal Albert Hall as a great opportunity to showcase the new TBT concept. What happened next would always depend on the reaction to this event: from fans, players, TV audiences, the media and others.

Pleasingly, the vast majority of the feedback received has been incredibly positive. With the first event under our belts the plan is now to rollout the TBT series globally in 2016.

Matthew Pryke is a Partner and solicitor at Hamlins LLP, who has recently worked with his client to launch Tie Break Tens.