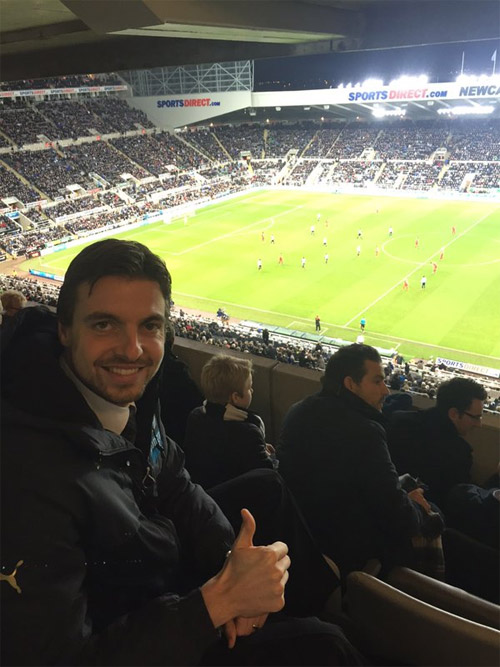 Georginio Wijnaldum inspired Newcastle United to their third win of the season as the Magpies beat Liverpool 2-0 at St James’ Park on Sunday.

The summer signing’s shot was deflected into the net by Liverpool defender Martin Skrtel in the 69th minute to break the deadlock for the Magpies in a tight game.

Liverpool pushed forward in search of an equaliser following Wijnaldum’s deflected strike and Jurgen Klopp introduced Adam Lallana, Divock Origi and Daniel Sturridge from the bench in the second half.

However, it was Newcastle who scored again after Wijnaldum lifted a finish over Simon Mignolet after a brilliant counter-attacking move from the home side.

Here is a selection of the best Twitter reaction from the professionals, past and present, in chronological order to Newcastle’s morale-boosting win.

Manchester City legend Rodney Marsh jokes Steve McClaren should get an eight-year contract after Skrtel’s own goal puts Newcastle into a fragile lead:

Warren Barton is happy for the Toon:

However, even Arsenal legend Ian Wright can admit that Liverpool were denied a perfectly good equaliser:

Moreno definitely onside!!!! How can the assistant miss that?

Wijnaldum was dead on his feet 30 secs earlier! Amazing what energy u can find when there's a chance of a goal 😃

Injured Newcastle goalkeeper Tim Krul approves of the performance and the result:

First time back in the stadium since the operation.. Great win #nufc #NEWLIV #buzzing pic.twitter.com/AueO8uZ5CZ

Gary Lineker has to have his say as usual:

This season is so boringly predictable!

Steve McClaren has had a lot of criticism recently but today he got it absolutely spot on! Big performance from the lads too #commitment