Kurt Zouma looked pretty happy to have helped Chelsea qualify for the last 16 of the Champions League on Wednesday night.

The 21-year-old defender played the full 90 minutes as the Blues wrapped up a comfortable 2-0 win over Porto at Stamford Bridge to secure their place in the knockout phase of Europe’s elite club competition.

Diego Costa’s low shot was saved by Porto goalkeeper Iker Casillas and rebounded in off Ivan Marcano in the 12th minute in west London.

Willian then secured Chelsea’s progress as group winners by smashing home from 20 yards seven minutes after the break.

And Blues defender Zouma, who has been a regular fixture in Jose Mourinho’s first-team this season, looked in high spirits after the game as he was filmed singing while driving home with his wife Sandra.

Sandra Zouma uploaded the video above onto her personal Instagram account and wrote: “@kurtzouma We won tonight 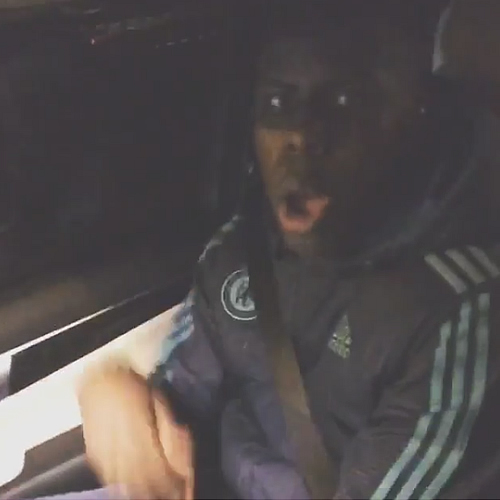 Chelsea travel to leaders Leicester City in the Premier League on Monday night.