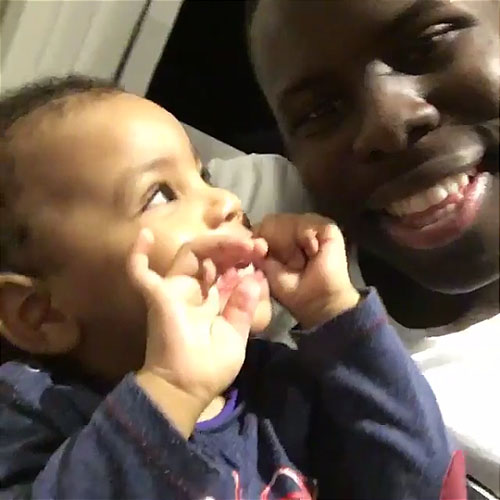 Kurt Zouma was in high spirits as the Chelsea defender goofed around with his son ahead of Monday night’s trip to Leicester City.

The Chelsea centre-half has been one of the positives for the west London side in an otherwise disappointing season after securing a first-team spot in Jose Mourinho’s side.

While the Portuguese’s players have been struggling to perform just months after their Premier League title success, Zouma has firmly established himself as a first-team regular.

And the France international posted the above video with his son ahead of the defending Premier League champions’s trip to surprise leaders Leicester next Monday night.

Zouma has scored one goal in 14 Premier League games for the west London side this season, whilst the powerful centre-half has netted once in six Champions League outings.

Photo: Emre Can all smiles with his dad ahead of Liverpool v West Brom