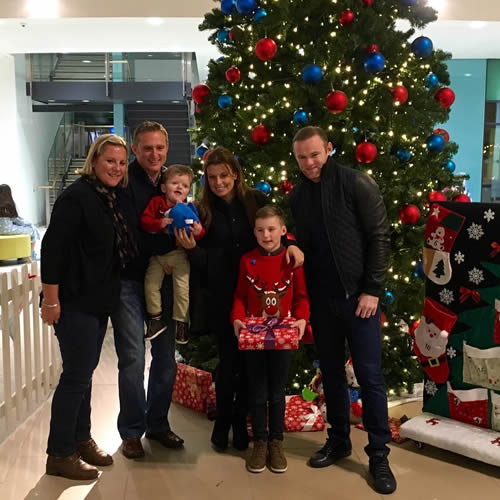 Wayne Rooney has taken to social media to post a picture of himself visiting the Alderhey Children’s Hospital with his wife Colleen.

The Manchester United skipper and his team-mates are gearing up for their Premier League clash against West Ham United at Old Trafford on Saturday afternoon.

The Red Devils are looking to return to winning ways after they were held to a 1-1 draw by Leicester City at the King Power Stadium last weekend.

And Rooney paid a visit to the children’s hospital, which is one of the busiest in Europe, on Thursday with his wife.

Rooney shared the picture above on his personal Instagram account and wrote: “Brilliant visit to the new @alderhey children’s hospital and great to meet some special patients. Amazing place.”

Rooney will be hoping to find the net for Louis van Gaal’s men against the Baggies after a mixed start to the season for the England captain.

The 30-year-old forward has only scored two goals in his last 10 outings for club and country.