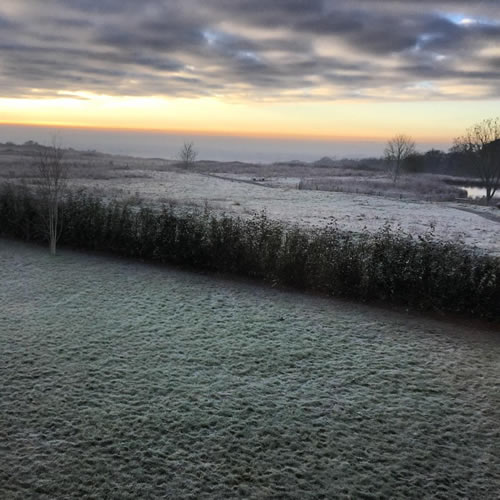 Alexis Sanchez looks to be making the most of the frosty British winter as he and his Arsenal team-mates prepare for their crunch clash with Chelsea on Sunday afternoon.

The Chile international has not featured for Arsenal since suffering a hamstring injury during the 1-1 draw with Norwich City back at the end of November.

Sanchez was due to make his comeback during last weekend’s Premier League trip to Stoke City but Arsene Wenger opted to give the forward some further recovery time ahead of Sunday’s clash with the Blues.

The 27-year-old attacker is expected to make his comeback in Arsenal’s game against Chelsea at The Emirates this weekend.

And Sanchez seemed to be in good spirits on Wednesday morning, as he posted the picture of a frosty morning scene above on his personal Instagram account and wrote: “Good morning buenos días.”

Sanchez has been a top performer for Arsenal so far this season, scoring six goals and making one assist in 14 Premier League games for the Gunners.

Arsenal head into Sunday’s showdown with Chelsea top of the Premier League table on goal difference from Leicester City.

Photos: Arsene Wenger hangs out with former Chelsea boss ahead of Arsenal clash