Photos: Alexis Sanchez gets over Arsenal’s loss to Chelsea with his dogs 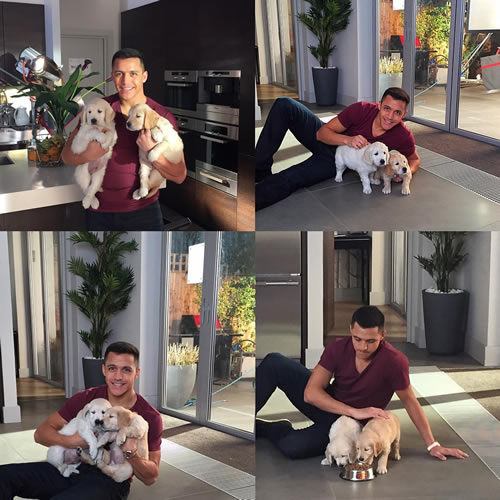 Alexis Sanchez’s return to action was one of the few positives Arsenal could take from their demoralising 1-0 defeat by Chelsea at Emirates Stadium on Sunday.

The Chile international was a second-half substitute as Arsene Wenger’s men failed to click into gear and were beaten by their west London rivals for the second time this season after Per Mertesacker was sent off in the first half.

The loss dealt a significant blow to Arsenal’s title hopes and left them third in the table after having headed into the weekend in top spot.

However, Sanchez cheered himself up on Monday evening by playing with two puppies as Arsenal prepare for their FA Cup clash with Burnley this weekend.

Sanchez had been out of action with a hamstring injury and had not feature for Arsene Wenger’s side since late November.

The 27-year-old forward has scored six goals and made one assist in the Premier League this season.