Photo: Alexis Sanchez hangs out with Mathieu Flamini ahead of Arsenal v Sunderland 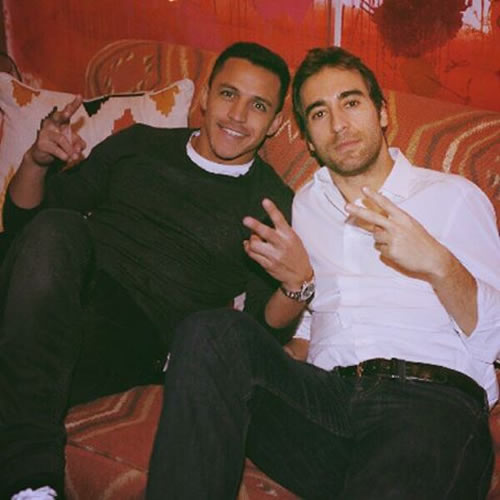 Alexis Sanchez looks to be in good spirits as he posed for a picture with Mathieu Flamini as the Arsenal forward continues his rehabilitation from a hamstring injury.

The Chile international has not featured for the north London side since suffering the problem during the second half of Arsenal’s 1-1 draw at Norwich City back at the end of November.

Sanchez had been expected to return to the Arsenal squad for Saturday afternoon’s FA Cup clash with Sunderland at Emirates Stadium, but Arsene Wenger confirmed on Friday that the forward is not quite match fit.

However, the 27-year-old looks to be keeping himself entertained with his Arsenal team-mate Flamini, as he posed for a picture with the Frenchman.

Arsenal are currently two points clear at the top of the Premier League table heading into Wednesday’s trip to Liverpool.

Photo: Man United’s forgotten man all smiles with his wife ahead of cup clash