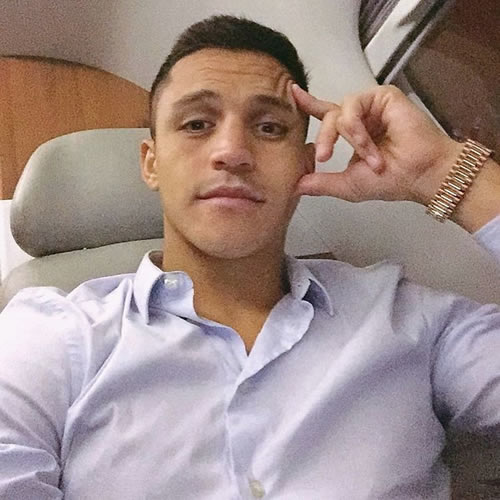 Alexis Sanchez took to social media to post a cryptic update to his followers as the Chile international closes in on a comeback for Arsenal.

The 27-year-old has been out of action since late November after suffering a hamstring injury during the 1-1 draw with Norwich City.

Sanchez was left out of the Arsenal squad as the Gunners secured a 3-1 win over Sunderland at Emirates Stadium on Saturday to reach the fourth round of the FA Cup.

The former Barcelona star is not expected to be in line to make a comeback in time for Arsenal’s trip to Liverpool in the Premier League on Wednesday night.

And Sanchez used his personal Instagram account to send a cryptic message to his followers on Sunday evening.

Sanchez uploaded the picture above onto the photo-sharing app and wrote: “Sometimes we don’t see things as they are, we see them as we are.”

Arsenal head into Wednesday’s trip to Merseyside two points clear at the top of the Premier League table.

Peter Crouch predicts how Tottenham will finish the season