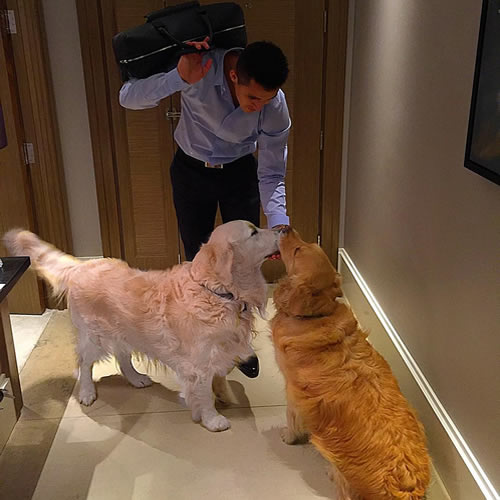 Alexis Sanchez spent some time with his two best friends on Friday night as he bids to prove his fitness ahead of Arsenal’s trip to Stoke on Sunday.

The Chile international has not featured for the north London side since suffering a hamstring injury during the 1-1 draw at Norwich City at the end of November.

Speaking at his pre-match news conference on Friday morning, manager Arsene Wenger revealed that he will make a late decision on whether to include Sanchez in his squad for the showdown at the Britannia Stadium this weekend.

But despite the question marks over his fitness, Sanchez certainly looked to be in good spirits on Friday evening as he played with his two dogs, Atom and Humber.

Sanchez, who joined Arsenal from Barcelona in the summer of 2014, shared the photo above on his personal Instagram account on Friday night.