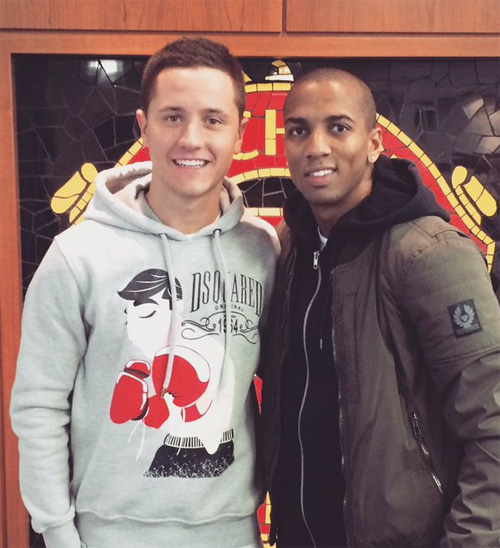 It’s no surprise Ander Herrera is looking forward to the FA Cup given Manchester United’s inconsistent form in the Premier League.

Louis van Gaal’s side are outsiders to win the Premier League title after a six-game winless run in late November and December saw the Red Devils lose ground on leaders Arsenal.

Arsene Wenger’s pace-setters are nine points ahead of the 20-time English champions ahead of the north London side’s trip to rivals Liverpool in their next Premier League game on Wednesday.

Herrera can’t wait to start their fresh bid to win some silverware this season as United kick off their FA Cup campaign against Sheffield United at Old Trafford in the third round on Saturday afternoon.

Herrera posted the above photo with team-mate Ashley Young and wrote on his Instagram page: “New competition on Saturday, looking forward to it @ManUtd @youngy18”

The Red Devils are in fifth place in the Premier League table following their close-fought 2-1 victory over Swansea City last weekend.