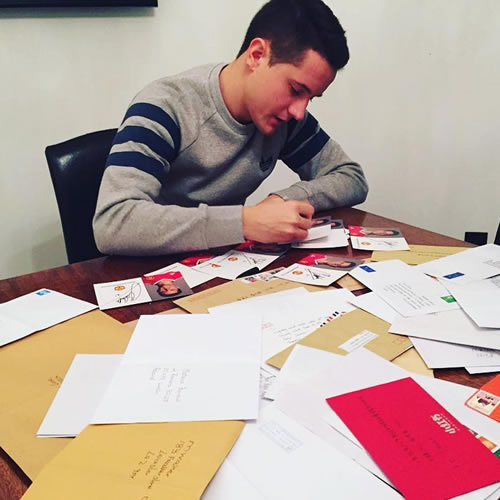 Ander Herrera took some time out from his busy schedule to personally reply to a mountain of fan mail sent to the Manchester United midfielder.

Herrera and his Red Devils team-mates are enjoying a rare week without a game as they prepare for the visit of Southampton to Old Trafford on Saturday afternoon.

The 26-year-old Spaniard played 72 minutes as United returned to winning ways with a 1-0 victory at Liverpool on Sunday thanks to Wayne Rooney’s late goal.

And Herrera was clearly flattered by the amount of fan mail he has been receiving, as he personally responded to a huge pile of letters on Wednesday evening.

Herrera posted the picture above on his personal Instagram account and wrote: “Nice to receive letters from United’s fans around the World. Thanks for your support and affection.”

Herrera has been a regular fixture in the United first team this season and has scored two goals and made two assists in 15 Premier League games for Louis van Gaal’s men.

United are currently fifth in the Premier League table.