Anthony Martial made sure he was fully relaxed ahead of Manchester United's trip to Derby County... 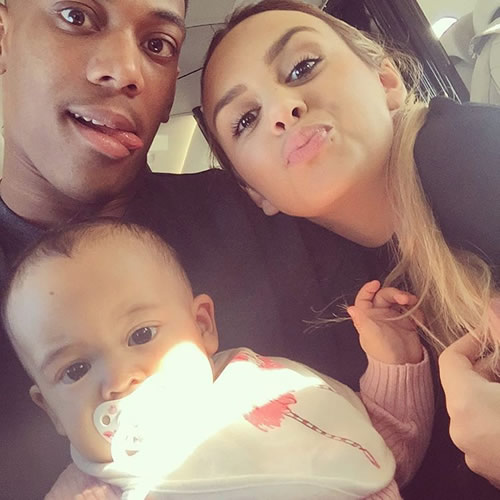 Anthony Martial looks to be getting himself into the right frame of mind as he bids to help Manchester United return to winning ways when they travel to Derby County in the fourth round of the FA Cup on Friday night.

Martial was unable to prevent the Red Devils from slipping to a disappointing 1-0 defeat by Southampton on Saturday as Louis van Gaal’s men lost their sixth Premier League game of the season.

The pressure has been mounting on the United boss in recent weeks, with United having now only won two of their last 10 Premier League games.

And Martial will be hoping to help inspire United to a victory when they travel to Derby looking to book their place in the fifth round of the FA Cup.

Martial was all smiles with his wife Samantha and their young daughter at Hale Country Club & Spa on Thursday afternoon.

Samantha Martial shared the photo above on her personal Instagram account as her husband prepares for Friday’s cup clash.